Kristin Bloomer (Wesleyan University, B.A; University of Montana, M.F.A; Cambridge University, B.A, M.A; University of Chicago, Ph.D.) teaches courses in Christianities and religions of South Asia, with specializations in spirit possession and women’s and gender studies. Her research pertains to Christianity, Hinduism, and spirit possession in postcolonial south India; her more general interests lie in exploring historically specific articulations of subjectivity, with particular attention to religiosity, gender, and embodiment. She is the author of Possessed by the Virgin:  Hinduism, Roman Catholicism, and Marian Spirit Possession in South India (New York:  Oxford University Press, 2018), a book about Marian spirit possession in Tamil Nadu, India’s most southeastern state.  She is currently working on another research project about Hindu family deities and their attendant possession practices. Theoretically, her work addresses questions of religion and postcoloniality, ritual and performativity, feminist approaches to ethnography, and relationships between religion, gender, and the body. Her methods aim to explore and interrogate ideas of agency and of subjectivity that pertain not only to the postcolonial “Other,” but also to the anthropologist-scholar.  At Carleton, she is affiliated with the Women and Gender Studies Program and is Coordinator of South Asian Studies.

An article in a special issue of the Journal of the American Academy of Religion on the thirtieth anniversary of Judith Butler’s Gender Trouble is forthcoming.

Before entering academia, she worked for several years as a print journalist and earned an M.F.A. in non-fiction writing. From 2012-2013, she served at Harvard University’s Visiting Assistant Professor of Women’s Studies and South Asian Religions and Research Associate with the Women’s Studies in Religion Program.  She is a 2013 fellow with the American Council of Learned Societies (ACLS).  Prior to Carleton, she served as Assistant Professor of Religion at the University of Hawaii-Manoa, where she learned to surf – a skill that has come in handy, even in Minnesota.

Sonja Anderson (UCLA, B.A.; University of Notre Dame, M.T.S.; Yale University, M.A., M.Phil., Ph.D.) teaches courses in late ancient Christianity and Judaism, biblical studies, and gender and Catholicism. Her dissertation, “Idol Talk: The Discourse of False Worship in the Early Christian World,” explored how ancient Christians and Jews used idolatry polemic to claim a distinctive identity for themselves over against their “pagan” peers and how scholarly narratives have replicated this claim to uniqueness. At the moment, she is particularly intrigued by the nexus of sincerity, materiality, anxiety, and ritual action in early Christian conceptions of the eucharist and penitential discipline. Her favorite place to be is in conversation with students and colleagues about the weirdness of how we imagine ancient religion.

Jonathan Dickstein specializes in Religion and Ecology, South Asian religious traditions, and Comparative Ethics. His dissertation, titled “Animals in Hindu South Asia: From Cosmos to Slaughterhouse,” details the positions and plights of domesticated animals in Hindu religious cosmologies, ethics, and practices. Jonathan works with scholars across disciplines to foreground the relevance of human-animal relations and food production and consumption to pressing ecological and social justice issues. He enjoys working with students to explore how religion relates to humans’ relationships with other humans, other animals, and the natural world as a whole.

Kambiz GhaneaBassiri, Professor of Religion & Humanities, joined Reed College in 2002 after completing his doctoral studies in the committee on the study of religion at Harvard University. An internationally recognized scholar in Islam in America and the Middle East, he was named a Carnegie Scholar for his book A History of Islam in America and a Guggenheim Fellow for his current book project on the mosque in Islamic history. He also served as one of five national scholars who developed the National Endowment for the Humanities and the American Library Association Muslim Journeys Bookshelf.

Chumie Juni (Stern College for Women B.A., Yeshiva University M.A., Brown University PhD) specializes in Jewish thought, theory of religion, and gender studies, and she has a particular interest in law. Her current project, Halakhic Woman: Gender, Practice, and Obligation in American Orthodox Judaism shows how gender-traditional women in patriarchal religions cultivate authorized masculinity and queerness in their diligent pursuit of pious religious practice. This project will show how gender-queerness happens in non-subversive spaces, and what that means for our broader understandings of both religion and gender. Her happy place is thinking with students about what it is like to be an embodied person and how particular religious ways of life show us things about our current, 21st century existence.

​Michael D. McNally (Carleton, B.A.; Harvard Univ., M.Div., M.A., Ph.D.), 2001-, teaches courses in American religion and culture and Native American religious traditions. His special interests include Native American traditions and the law, tradition and history of Minnesota’s Anishinaabe/Ojibwe people, Indigenized Christianities, and lived religion in America. He is author of Defend the Sacred: Native American Religious Freedom beyond the 1st Amendment (Princeton U.​ ​Press, 2020); Honoring Elders: Aging, Authority, and Ojibwe Religion (2009), Ojibwe Singers: Hymns, Grief, and a Native Culture in Motion (2000), editor of The Art of Tradition: Sacred Music, Dance & Myth of Michigan’s Anishinaabe, 1946-1955 (2009), as well as book chapters and journal articles.  He was awarded a Guggenheim Fellowship in 2017 for his work on Native religions and law.

Lori K. Pearson (St. Olaf College, B.A.; Harvard, M.T.S, Th.D.), 2003–, is a specialist in the history of Christian theology with particular interests in modern philosophy of religion, social theory, race, and  gender.  Her research has focused on theories of tradition, and on concepts of religion, modernity, and the secular in nineteenth-century Germany.  She is author of Beyond Essence:  Ernst Troeltsch as Historian and Theorist of Christianity (2008) and co-editor of The Future of the Study of Religion (2004).  Her current book project uses the work of Marianne Weber (wife of Max Weber) to explore the ways in which cultural and political debates about women’s rights informed early 20th-century theories of religion, social order, and secularization in fin-de-siècle Germany.

From 2012-13, she was a Research Associate and Visiting Associate Professor in the Women’s Studies in Religion Program at Harvard University.  She currently has a 3-year Mellon New Directions Grant to help her link theology to the social sciences, especially around questions of law, social theory, and politics.

At Carleton, she has enjoyed her work as a mentor in the Posse Program and is interested in academic initiatives related to ethics, social philosophy, and the humanities. 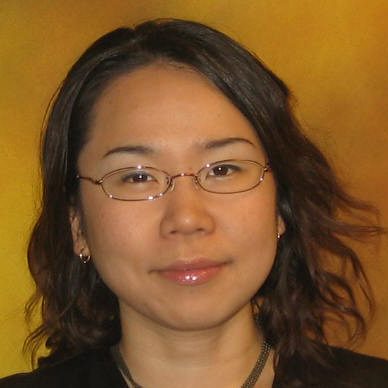 Asuka Sango (Wittenberg University, B.A.; University of Illinois, M.A.; Princeton University, Ph.D.), 2007-, teaches courses in the religions of East Asia. Her chief research field is Japanese Buddhism of the medieval period.  She is the author of The Halo of Golden Light: Imperial Authority and Buddhist Ritual in Heian Japan (2015), which examines the competitive and yet complementary relationship between the state and the Buddhist community in ancient Japan.  In her spare time, she pursues her passion for Argentine tango.

Shana Sippy (Barnard College, B.A.; Harvard University, M.T.S., Columbia University, M. Phil, Ph.D. 2018) is a visiting professor.  She is a specialist in the religions of the South Asian diaspora.  She is the author of numerous articles and presentations and coauthor of The College Woman’s Handbook (Educating Ourselves) (1995). 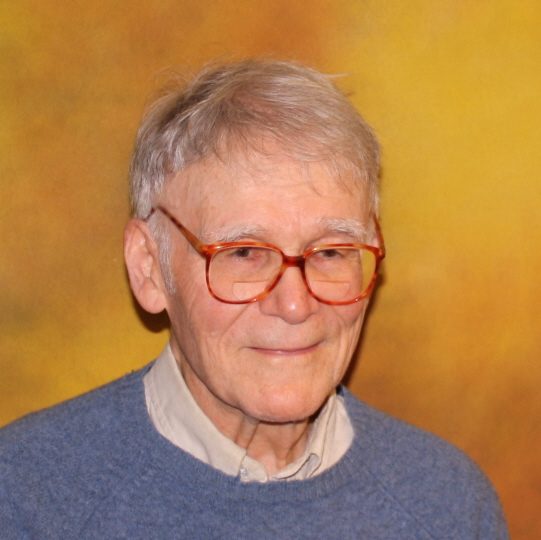 Bardwell Smith (Yale, B.A.; Yale Divinity School, B.D.; Yale University, M.A., Ph.D.). Taught at Carleton 1960-1995 in East and South Asian religions and philosophies. His special interests include religion and society in Sri Lanka and Buddhism in Japan. He is the author of Narratives of Sorrow and Dignity:  Japanese Women, Pregnancy Loss, and Modern Rituals of Grieving. Some of his other publications have been the following: Unsui: A Diary of Zen Monastic Life; Religion and Legitimation of Power in Sri Lanka; Warlords, Artists and Commoners: Japan in the Sixteenth Century; Essays on Gupta Culture; and The City as a Sacred Center: Essays in Six Asian Contexts. He is a Past President of the American Society for the Study of Religion (ASSR, 1996-1999). Earlier he served as Dean of the College, 1967-72.

Richard E. Crouter, Emeritus (Occidental, B.A.; Union Theological Seminary, B.D., Th.D.), 1967- 2003 has a primary interest in the modern religious thought of Schleiermacher, Kierkegaard, and Reinhold Niebuhr. He is the translator of Friedrich Schleiermacher’s 1799 On Religion: Speeches to its Cultured Despisers (1996), co-editor of the Journal for the History of Modern of Theology, (1993- ), and author of Friedrich  Schleiermacher: Between Enlightenment and Romanticism (2005). His most recent book is Reinhold Niebuhr: On Politics, Religion, and Christian Faith (2010).

Roger Jackson is John W. Nason Professor of Asian Studies and Religion, Emeritus. He taught the religions of South Asia and Tibet at Carleton from 1989 until 2016. He also has taught at the University of Michigan, Fairfield University, McGill University, and Maitripa College. He has a B.A. from Wesleyan University and an M.A. and Ph.D. from the University of Wisconsin, where he studied under Geshe Lhundub Sopa. His scholarly interests include Indian and Tibetan Buddhist systems of philosophy, meditation, and ritual; Buddhist religious poetry; the study of mysticism; religion in Sri Lanka, and the contours of modern Buddhist thought. His books include Is Enlightenment Possible? (1993), Tibetan Literature (with José Cabezón, 1996), Buddhist Theology (with John Makransky, 1999), Tantric Treasures (2004), The Crystal Mirror of Philosophical Systems (with Geshe Sopa et al., 2009), and Mind Seeing Mind: Mahāmudrā and the Geluk Tradition of Tibetan Buddhism (2019), which received the 2020 Toshihide Numata Award for the “outstanding book in any area of in Buddhist Studies.” He has written many articles, book chapters, and reviews, and presented regularly at national and international scholarly conferences. He was editor-in-chief of the Journal of the International Association of Buddhist Studies from 1985 to 1993, and co-edited the Indian International Journal of Buddhist Studies from 2006 to 2018. He has two books forthcoming: Rebirth: A Guide to Mind, Karma, and Cosmos in the Buddhist World and Saraha: Poet, Mystic, Philosopher, both to be published by Shambhala.