Rohan Mukherjee ’19, a political science/international relations major with minors in political economy and music from Hoboken, New Jersey, tells us about his senior capstone experience, or “Comps.”

What is the title of your Comps?

“A New Enlightenment and the Rebirth of a National Identity: Romania’s Pursuit of Authentic Modernity”

What is your Comps topic?

My argument contributes to the perspective posited in Professor Mihaela Czobor-Lupp’s paper, “The Possibility of Criticism in Romanian Politics,” that the dual forces of enlightenment and counter-enlightenment have driven the foundation of the Romanian Nation-State. I assert that there is a third force in play: the construction of a Romanian narrative that is built on a uniquely Romanian Enlightenment. This has helped shape the concept of nationhood in Romania, leading into a salience of identity in the late 19th-century in contrast with the imperial powers that consistently dominated its territories for most of its history.

In the realization of its national democracy amid its reconcilable and immutable differences, I posit that Romania should pursue a course of decentralization of identity narratives and allow for the semi-autonomy of groups to express themselves within reasonable bounds. Romania would benefit from simultaneously empowering its various communities to enhance their discourses and deepen democratic participation of its citizens in a manner that builds faith in its liberal democratic institutions.

Why did you choose your Comps topic?

After traveling to Romania for the first time, on the Nationalism and Xenophobia in Central and Eastern Europe Program, I felt inspired by its position as a bridge between civilizations, cultures, and languages. We spent a lot of time learning about Romania’s transition out of communism and into a capitalist democracy in 1989. It provided an ideal case study for a research paper I had written in one of my seminar classes about the relationship between democratic transition and the propensity for belligerent nationalism.

Early in my Comps process, I realized I wanted to dive deeper and explore many of the cultural implications of democratization within the Romanian nation-state itself.

What was the most interesting article or piece of information that you found while researching your Comps?

I found the relationship between the countervailing identities of the Romanian people to be most fascinating. On one hand, Romanians honor their Roman legacy, often erecting statues of Romulus and Remus suckling the teets of a wolf (see photo below), but they also celebrate the legacy of Decebalus, the local Dacian ruler who held off the Roman invaders for several decades before finally succumbing to the will of the empire. This example captures the contradictions in the way history is framed to cultivate a national identity and resembles an opportunity to reconcile conflictual discourses on Romania’s past.

My senior thesis is primarily inspired by my readings, essays, projects, and personal visits in Romania. I use notes that I took on the program and connect my prior research with scholarly work on nationalism and identity. I also include photos that I took during the program and have begun to input quotes from university students in Romania whom I interviewed on the issue of immigration.

Why do you think it was valuable for you to write a Comps?

I think my comps contributes to the plethora of recent research concerning the rise of nationalism globally. Romania has uniquely transitioned through every stage of political ideology, from liberal nationalism to fascism to national communism and to modern nationalism today. It provides an excellent example of how culture and politics shape one another. This allows us to extrapolate how new nation states can avert a belligerent nationalism and pursue a more inclusive identity that promotes civil peace and domestic diversity.

For me, personally, writing a Comps has given me the chance to produce a refined academic thesis that demonstrates my research ability and desire to personally connect with my work. The Comps process taught me how to work independently on a long term project that would define my academic career at Carleton. During this time, I cultivated closer relationship with my mentor and advisor, Mihaela Czobor-Lupp, who pushed me to always think more deeply about the ideas I posited. I am now prepared to pursue further academic work in the subject of political theory and law.

Will you expand on your Comps in any way?

I may focus more on legal issues in Romania towards the end of my Comps to formalize many of my more theoretical suggestions on the substantive realization of a national identity. 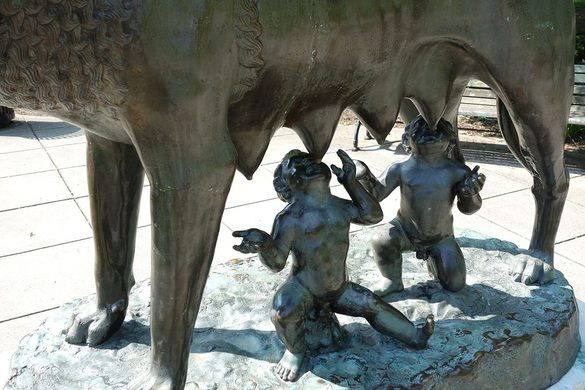