Cati Fortin received her Ph.D. in Linguistics from the University of Michigan in 2007. Her research, guided by the tenets of generative syntactic inquiry, falls into two main areas: ellipsis and other empirical phenomena situated at the interface of syntax, semantics, pragmatics, and discourse, including nonsententials (a.k.a. sentence ‘fragments’), and the syntax and morphosyntax of Indonesian and closely related Austronesian languages, including Minangkabau. 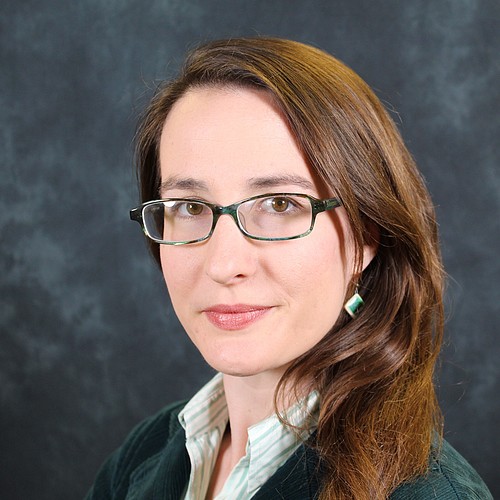 Mike Flynn received his Ph.D. in Linguistics from the University of Massachusetts in 1981. Before arriving at Carleton, he taught at a number of American colleges and universities, Nankai University in Tianjin, The People’s Republic of China, and held a Fulbright Fellowship to the Rijksuniversiteit Groningen, The Netherlands. He founded Carleton’s Program in Linguistics (now the Linguistics Department) in 1986. He teaches courses in phonetics and phonology, the structure of Japanese, the evolution of speech, neurolinguistics, the application of linguistic theory to literary study, as well as the introductory survey course. His current research interests focus on articulatory and acoustic phonetics, and Japanese, especially the Japanese writing system.

Professor Flynn has been a Visiting Professor of Linguistics at a number of universities in Japan such as Waseda University, Keio University, and Chuo University (all in Tokyo), as well as a visiting professor at Doshisha University in Kyoto twice. He designed the Carleton Linguistics in Kyoto off-campus program, which is hosted by Doshisha University. It will have its fourth installment in the spring term of 2018. He is also the director of both the Chuo-Carleton Summer Program and the Doshisha-Carleton Summer Program. He has served on many Carleton committees, including two terms on the Faculty Personnel Committee. He has been the Carleton’s Faculty Athletics Representative, and is currently the Interim Director of External Fellowships

In Spring 2018, he is leading the Linguistics and Culture off-campus studies program in Kyoto, Japan. Learn more about Mike’s background, research, and teaching.

In Spring 2018, she is teaching Introduction to the Theory of Syntax (LING 115) and Topics in Semantics (LING 340). Learn more about Cherlon’s research and teaching.