Mark Kanazawa (Ph.D. Stanford) has published research in the areas of American economic history, law and economics, new institutional economics, water policy, economics of sports, and the economics of natural resources.  Golden Rules, his recently-completed book on water rights in the California Gold Rush, will be published in early 2015 by University of Chicago Press.  His current research projects include a legal-economic history of groundwater rights in California, the impact of advances in science on the common law, the emigrant experience on the overland trail to California, and climate change impacts on communities along the north shore of Minnesota.  He has held visiting positions at Stanford, UC-Berkeley, and the University of Illinois, and he has been awarded the Jacobs Fellowship at the Huntington Library and the Simon Fellowship at the Property and Environment Research Center.  He teaches courses in environmental and natural resource economics, western economic history, economics of sports, econometrics, and research methods in environmental studies.

Yaniv Ben-Ami (Ph.D. Yale University) teaches Principles of Macroeconomics and Intermediate Macroeconomics. He studies the macroeconomics of financial crises with new theory and computation. He is particularly interested in the mechanics of how leverage amplifies economic fluctuations and the complicated relation that it fosters between beliefs and reality. In his free time he enjoys origami, board games and letterboxing.

Jenny Bourne (Ph.D. University of Chicago) has previously held positions at St. Olaf College, George Mason University, and the U.S. Treasury Department. She has published in the areas of American economic history, demography, tax policy, and law. Her book on the economics of slave law was published by Cambridge University Press; her book on the economic history of the Grange movement was published in January 2017 by Ohio University Press.  Her current research includes an analysis of wealth concentration and returns to capital across wealth groups, an investigation of taxes paid across wealth groups, the effects of the Civil War on the postbellum economy, and the impact of Civil-War finance on financial and governmental institutions.  Jenny is a member of the Statistics of Income Consultants’ Panel at the Internal Revenue Service and she served on the Tax Expenditure Review Study Group for the State of Minnesota (2010-11). She teaches courses in labor economics, law and economics, American economic history, economics of race, public finance, price theory, and microeconomic principles.

Nathan Grawe (Ph.D. University of Chicago) primarily teaches Economics of Inequality, Industrial Organization, Labor Economics, and Principles of Microeconomics.  Occasionally he also teaches Econometrics and Intermediate Macroeconomics. His research interests focus on the role of family in perpetuating inequality. Past publications study the correlation between parent and child income and the “family size effect” (why children from large families, on average, earn less than those from small families).  He is currently exploring the effects of recent demographic changes on the future demand for higher education.  Nathan was faculty director of the Cambridge program in Summer 2014. 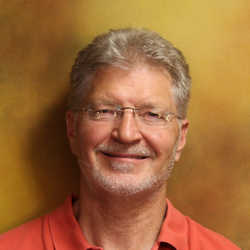 Michael Hemesath (Ph.D. Harvard University) has held teaching positions at Tufts University in Medford, MA and in Kyiv, Ukraine and Krasnodar, Russia.  He joined the faculty at Carleton in 1989, left to serve as President of Saint John’s University in Collegeville, MN from 2012-2019, and returned to Carleton in 2020.

Jonathan Lafky (Ph.D. University of Pittsburgh) teaches Experimental and Behavioral Economics, Game Theory, and Principles of Microeconomics. His research focuses primarily on the economics of internet rating systems, as well as how groups of people cooperate and coordinate their behavior over time. He enjoys salt licorice, running and baking bread.

Eduard Storm (Ph.D. University of Wisconsin-Milwaukee, 2020) teaches courses on Macroeconomics, International and Labor Economics. His research interests focus on the role of job tasks and their responses to technological change. By enhancing our understanding of skills he hopes this will help Economists to get a better idea about how human capital investments translate into wage differences. Currently, Eduard is researching gains from specialization at the workplace and their contributions to income inequality between and within groups of workers. In his spare time, he enjoys watching and doing sports, improving his culinary art, and reading about anything and everything. In Summer, he can’t wait to get on his bike and just pedal towards the sun. Not a fan of Winter, though.

Ethan Struby (Ph.D., Boston College) teaches courses related to macroeconomics.  His research focuses on how economic agents form expectations about macroeconomic and financial fundamentals from prices and other public information, and on strategic motives in information selection.  In his free time, he enjoys playing excessively complicated board games and teaching himself the mandolin.

Aaron Swoboda, ’01 Econ (Ph.D. Univ. of California-Berkeley) has a joint appointment with Carleton’s Environmental Studies (ENTS) Program. He regularly teaches courses in environmental and natural resource economics, microeconomics, econometrics and policy analysis. His research explores the impacts of housing and land-use regulation using the tools of Geographic Information Systems and spatial econometrics. His research interests include the spatial analysis of land use policy, homebrewing and fly fishing.

Stephen R. Lewis, Jr. (Ph.D. Stanford) was President of Carleton from 1987 to 2002. A development economist interested in fiscal, monetary and trade policy, he lived and worked in Pakistan (1963-65), Kenya (1971-73), and Botswana (1977-78, 1980-82) and has been a consultant in several other countries. He’s published six books and numerous articles on economic development. Since retiring from Carleton, he has served on several corporate and non-profit boards and continues to write and consult. View his home page.

Martha Paas (Ph.D. Bryn Mawr), Wadsworth A. Williams Professor of Economics, is a macroeconomist with special interests in European economic history and Health care economics. She has lectured and written widely on the economic history of early modern Germany and on income inequality and health care reform. Martha has a new book with Yale University Press: The  Kipper and Wipper Inflation, 1619-23:An Economic History with Contemporary Broadsheets. She has held several grants and fellowships, most recently a Senior Research Fulbright Fellowship at the University of Erlangen-Nuremberg. Martha is the architect of the annual Carleton Seminar in Economics held at Cambridge University, England, which she began in 1983. She has been a member of High Table at King’s College, Cambridge.

Stephen Strand (Ph.D., Vanderbilt) came to economics after a stint in the Peace Corps in Turkey and regularly teaches a course on the economics of the European Union.  He also teaches courses in managerial economics and other applied microeconomics topics including regulatory economics, a topic on which he has published several articles and done consulting and research.  He has also co-directed Carleton off campus studies programs in France, Egypt, Morocco, and Turkey, in addition to the Carleton Economics Department’s Cambridge Program in the summer of 2012.  In 2013-2014, he participated as a visiting professor in an off campus studies program organized by Georgetown University at the McGhee Center for Eastern Mediterranean Studies in Alanya, Turkey.

Robert E. Will (Ph.D. Yale University) became an Economics Department legend during his 36 years (1957-1993) on the Carleton faculty. A Carleton grad himself (Class of 1950), Bob championed the importance of a liberal arts education. Each year the Robert E. Will Economics Prize, created to honor Bob’s service, is awarded to the senior economics major or majors who demonstrate excellent academic achievement and breadth of intellectual interests in the best tradition of a liberal arts education. Bob remains a resident of Northfield and is very involved in community activities.

Bruce Dalgaard ((Ph.D., Illinois) has held teaching positions at Lehigh University, University of Minnesota, Twin Cities, and, most recently, St. Olaf College.  He’s also had international appointments at Chiba University (Fulbright Scholar) and Waseda University (ACM Japan Study Director), HES in Rotterdam, and the Norwegian School of Economics.  His scholarly activity is varied, ranging from an AER article on computer-assisted instruction, to numerous economic and financial history books and articles, to a college-level money & banking textbook.  Currently he is actively researching the interplay of entrepreneurship and religion in Norway’s early modern period.  You will often find him walking his dog in the Arb.  He also enjoys sports and is eager to attend athletic events on campus.

Sara Nielsen joined the Economics Dept as an Administrative Assistant in August, 2012.  Before working at Carleton she was a legal secretary/assistant for the United State District Court of MN and at a law firm, and more recently worked substituting as an office assistant and special educational assistant for the Northfield Public Schools.  Sara and her husband Tom have 3 children.  Sara enjoys time with family and friends, traveling, gardening, cooking, baking and golfing.