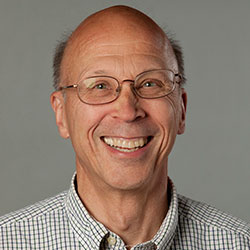 John Roger Paas taught in the Department of German and Russian for 41 years, beginning in 1974.  During that time he taught a full range German language courses from beginning to advanced levels.  He also offered seminars on German literature from the medieval period to the early 20th century.  Within the broader curriculum he regularly taught courses on the history of printing, a general cultural study of European intellectual ideas from the sixteenth to the mid-nineteenth century, and a history of anti-Semitism in Germany.  Since retiring in 2015 he has been living in England.

Paas’s main area of scholarly research is the early modern German broadsheet, which led to the publication of his 14-volume edition of German political broadsheets of the seventeenth century (1985-2017).  More generally his research focuses on the close working relationship between German Baroque poets, printmakers, and publishers, especially in the free imperial city of Nuremberg.  His current interest is in fully documenting the output of several leading popular print publishers at the time.