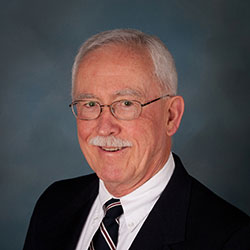 Robert E. Bonner, Marjorie Crabb Garbisch Professor of History and the Liberal Arts, Emeritus at Carleton is recognized as an outstanding scholar and historian of Wyoming and the American West.

Raised in Powell, Wyoming, Professor Bonner began teaching at Carleton in 1967 and retired in 2001. Having taught English and European history until the early 1990s, he inaugurated the study at Carleton of the History of the American West, the History of American Indians, and American Environmental History. From 1992 to 1995 he served as Carleton’s Dean of Students, and from 1997 to 2001, he served as the Director of the American Studies Program.

Since 1999 he has written three books and six journal articles dealing with the history of Wyoming. His 2007 book, William F. Cody’s Wyoming Empire; the Buffalo Bill Nobody Knows, published by the University of Oklahoma Press, was awarded top honors by the Wyoming State Historical Society in 2008. It was also a finalist for the 2008 Spur award in historical non-fiction from the Western Writers of America and for the 2008 award in biography from the Society of Midland Authors. The Wyoming State Historical Society honored his 2008 book, Home in the Valley, in 2009. He was awarded an honorary degree, Doctor of Humane Letters, the University’s highest award, from his alma mater, the University of Wyoming, in 2011.