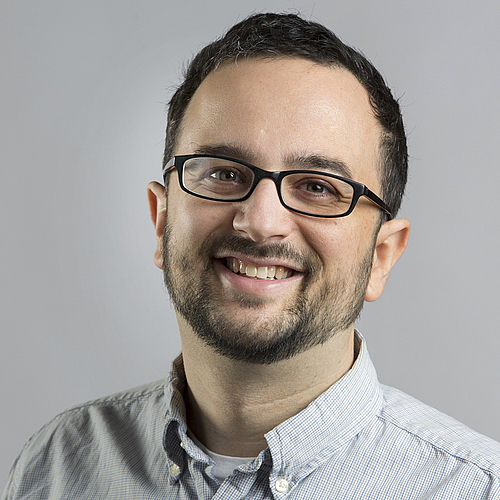 Noah Salomon (B.A., Reed College; M.A., Ph.D. University of Chicago) is Associate Professor of Religion at Carleton College, where he teaches courses in Islamic Studies and the anthropology of religion.

His first book, For Love of the Prophet: An Ethnography of Sudan’s Islamic State (Princeton University Press 2016, précis), is a study of the implementation and itinerary of Sudan’s Islamic state project as it was lived-out and contested over a period of 20 years. It won the 2017 Albert Hourani Prize from the Middle East Studies Association as well as the 2017 Award for Excellence in the Study of Religion in Analytical-Descriptive Studies from the American Academy of Religion.

Subsequent research has focused on the establishment of state secularism in the new nation of South Sudan as a mode of unraveling the Islamic State and the concomitant construction of a Muslim minority as part of a nascent project of nation-building.

Salomon was a member at the Institute for Advanced Study in Princeton in the School of Social Science for the 2013–14 academic year and has been part of recent collaborative grants from the Deutsche Forschungsgemeinschaft (on Islamic epistemologies in Africa) and the Islam Research Programme, Netherlands (on religious minorities in the two Sudans following partition).

A recent recipient of a New Directions Fellowship (2018-2021) from the Andrew W. Mellon Foundation, Salomon is currently exploring mechanisms for negotiating religious difference within Islam across several sites in Europe, the Middle East, and Africa.

Islam Research Programme Grant, funded by the Government of Holland and administered by a consortium led by Leiden University. The grant was awarded to a team of researchers affiliated with Centre d’Ètudes et de Documentation Èconomique, Juridique et Sociale (CEDEJ), Khartoum and the University of Khartoum. I was appointed as “senior researcher” on this team and my project was titled “Religion after the State: The Creation of a Muslim Minority in South Sudan.” April 2011–November 2012.

For Love of the Prophet: An Ethnography of Sudan’s Islamic State (Princeton University Press, 2016).

“Religion after the State: Secular Soteriologies at the Birth of South Sudan,” Journal of Law and Religion 29:3, Fall 2014.

“Religious Criticism, Secular Critique, and the ‘Critical Study of Religion’: Lessons from the Study of Islam” in The Cambridge Companion to Religious Studies, edited by Robert A. Orsi. Cambridge: Cambridge University Press. 2012. (co-authored with Jeremy Walton).

“The Ruse of Law: Legal Equality and the Problem of Citizenship in a Multi-Religious Sudan,” in After Secular Law, edited by Winnifred Fallers Sullivan, Robert A. Yelle, and Mateo Taussig-Rubbo. Stanford: Stanford University Press. 2011.

“The New Global Politics of Religion: A View from the Other Side,” The Social Science Research Council’s Immanent Frame Blog, April 2016.

“Undoing the Mahdiyya: British Colonialism as Religious Reform in the Anglo-Egyptian Sudan, 1898-1914,” The Religion and Culture Webforum, May 2004.

“The Khartoum Dilemma: Religious Diversity and the Law in Contemporary Sudan,” Criterion 43:2, Spring 2004.

“Review Article on Questioning Secularism: Islam, Sovereignty and the Rule of Law in Modern Egypt by Hussein Ali Agrama,” Islamic Law and Society, 22:3, 2015.

“Review Article on Islam and Liberal Citizenship: The Search for an Overlapping Consensus by Andrew March,” in The Journal of Religion  92:3, July 2012.

“Review Article on Sufis and Saints Bodies: Mysticism, Corporeality and Sacred Power in Islam by Scott Kugle,” in The Journal of Religion,  90:2, April 2010.

“Review Article on Quest for Divinity: A Critical Examination of the Thought of Mahmud Mohammad Taha by Mohammad A. Mahmoud,” in The Journal of Religion, 88:4, October 2008.