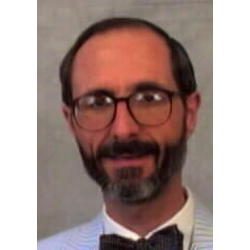 Lawrence Archbold is Professor of Music and Enid and Henry Woodward College Organist at Carleton where he has taught since 1982.  A graduate of the University of California, Berkeley (A.B., M.A., Ph.D., all in music), he specializes in both the performance and scholarship of organ music and has presented papers at national meetings of both the American Musicological Society and the American Guild of Organists.  He has edited, with William Peterson, French Organ Music from the Revolution to Franck and Widor, a volume of essays on nineteenth-century French organ music, which was published in 1995.  A companion volume, French Organ Music from Franck and Widor to the Second World War, is planned.  He has played over one hundred and fifty solo organ concerts.

Exploring Organ Music, Third Series: A Survey of Manualiter Organ Music in nine faculty recitals, 2012-2016, on the Holtkamp organ of the Carleton Concert Hall.  Reviews for The American Organist and The Tracker.  A collection of essays, French Organ Music from Franck and Widor to the Second World War, in preparation.