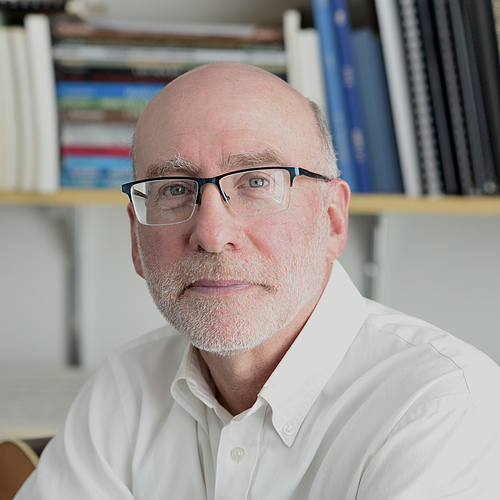 Justin London is the Andrew W. Mellon Professor of Music, Cognitive Science, and the Humanities at Carleton College, Northfield, Minnesota, where he teaches courses in Music Theory, Music Psychology, Cognitive Science, The Philosophy of Music, and American Popular Music.  He received his B.M. in Classical Guitar and M.M. in Music Theory from the Cincinnati College-Conservatory of Music, and he holds a Ph.D. in Music History and Theory from the University of Pennsylvania, where he worked with Leonard Meyer.  His research interests include rhythm and meter in western and non-western music, music perception and cognition, and musical aesthetics. He has held teaching and research appointments at The University of Cambridge, the University of Jyäskylä, Finland (both on Fulbright Fellowships), as well as The University of Oslo, and the Max Planck Institute for Empirical Aesthetics, Frankfurt.  He served as President of the Society for Music Theory in 2007–2009, and as President of the Society for Music Perception and Cognition in 2017–2018.  He is also the guitarist in the “Spare Niche” jazz trio.

European Society for the Cognitive Sciences of Music

PerformingTime: Synchrony and Temporal Flow in Music and Dance: book project, co-edited with Clemens Wöllner (University of Hamburg); under contract for publication with Oxford University Press.  The volume will address how experiences of time and temporality are modulated in music and dance, and how these experiences relate to current psychological and neuro-scientific theories as well as aesthetic concepts.

Microtiming, Meter, and Ensemble Coordination in West African Percussion Music: ongoing collaborative research with Rainer Polak and Nori Jacoby (Max Planck Institute for Empirical Aesthetics, Frankfurt). Our current research has developed a cross-culturally comparative perspective on structures of micro-rhythmic asymmetry—colloquially referred to as rhythmic “feel” or “swing”—in Malian percussion ensemble music. We use cross-correlation analyses of micro-timing shifts to determine who is leading and who is following within the drum ensemble, and how attentional resources are optimized amongst the members of the ensemble.

Time: Timing and Sound in Musical Microrhythm: collaborative research project with Anne Danielsen (PI) at the University of Oslo. This project explores the microstructure of musical sounds, such as temporal shape, intensity, and timbre, and the ways they influence our sense of when a sound occurs in time. This in turn will affect how we are able to hear the ebb and flow of a series of sounds, and how we can coordinate our attention and action with them.

(for a full list of publications, please see: https://people.carleton.edu/~jlondon/j._london_curriculum_vitae.htm)

What Should An Undergraduate Music Theory Curriculum Teach? (And, Alas, What Most of the Time We Don’t). In The Routledge Companion to Music Theory Pedagogy, Leigh VanHandel, Ed. Routledge (2020): 424-432.

A. Danielsen, Kristian Nymoen, E. Anderson, G. Schmidt Câmara, M. T. Langerød, M. Thompson, & J. London. Where is the beat in that note?: Effects of attack, duration and frequency on the perceived timing of musical and quasi-musical sounds. Journal of Experimenal Psychology: Human Perception and Performance 45.3 (2019): 402-418.