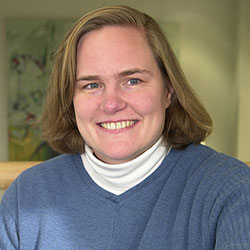 I teach a variety of mathematics classes at Carleton; my favorites include Introduction to Calculus with Problem Solving, Mathematical Structures, and Methods of Teaching Mathematics.  I’m very involved in the Mathematical Association of America, having served as its President, and I’m currently the Editor of the MAA’s Math Values blog site.  I’m particularly interested in supporting women and members of groups underrepresented in mathematics in earning degrees in mathematics, and I was co-director of the successful Carleton Summer Mathematics Program for Women from 1995-2014.

I enjoy spending time with my family and friends, visiting the national parks, exploring new places, taking pictures of people, and baking desserts.