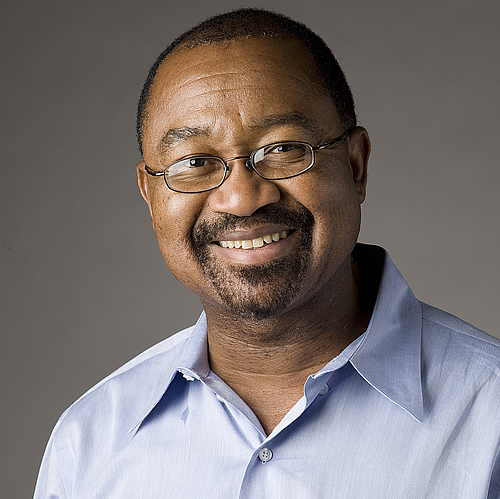 William H. Laird Professor of French and the Liberal Arts, French and Francophone

Chérif Keïta teaches Francophone literature of Africa and the Caribbean, as well as advanced languages courses. A native of Mali, he has published books and articles on both social and literary problems in contemporary Africa. His special interests include the novel and social change in Mali, oral tradition, and the relationship between music(traditional and modern), literature and culture in Africa. Professor Keïta is also an award-winning documentary filmmaker, with a trilogy of films about some of the founding figures of the African national Congress of South Africa.

Listen to a recent BBC interview.

Media links about my newest film and research project in South Africa:

A Pioneer Lost and Found The Star (South Africa), January 2016

Remember to call at my grave The Witness newspaper (South Africa), September 2013

The forgotten role of Nokutela Mdima Dube in the founding of South Africa’s ANC Africa is a Country blog, November 2013

Remember to call at my grave: Madiba and John Dube Africa is a Country blog, December 2013

Her contributions to South Africa were unknown, but a new film aims to change that PRI’s The World radio program, May 2014

The story of Nokutela Dube A 45-minute call-in show on SABC radio, August 2015

Chérif Keïta speaks about two of his books on Malian national TV: