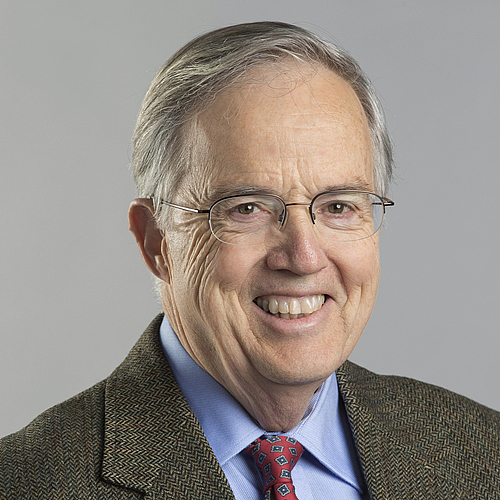 Since 1970, Cliff Clark taught courses on American social, political, and intellectual history with a particular focus on reform movements. In the early 1960s, the dramatic confrontations of the Civil Rights movement sparked his initial interest in the question of why reformers risked their lives for social justice.

As an undergraduate at Yale University, Cliff’s student work in the Manuscript Division of the Yale University Library enabled him to explore the fascinating connections between revivalism and reform in the crusades against slavery in nineteenth-century America. His senior thesis, a study of the abolitionist preacher Henry Ward Beecher, won the prize for the best undergraduate History thesis in 1963. He entered graduate school at Harvard that same year, taught in the History Department there while earning his M.A. and Ph.D. degrees, and in 1967 joined the History and American Studies faculty at Amherst College. His first book, Henry Ward Beecher: Spokesman for a Middle-Class America, was published in 1978.

At Carleton, Cliff chaired the American Studies Program from 1972 to 1992, ran Summer Academic Programs from 1984 to 2004, started a program for Japanese students from Chuo University, and chaired the Cross-Cultural Studies Program from 2000 to 2003 and also in 2011. His books include The American Family Home, 1800-1960 (1986) and American and Canadian Intellectual History, 1789-1960 in the General History of the Americas (1992). In addition, he edited Minnesota in a Century of Change: The State and Its People Since 1900 (1989). With Paul Boyer and others, he is one of the authors of the widely used American history textbook The Enduring Vision: A History of the American People, now in its seventh edition.

He most recently taught courses on the American Civil War, Alcohol and American Society, American Social History, Popular Culture and Politics in late Nineteenth Century America, Growing Up Cross-Culturally, and American Intellectual History. He retired from the History department in 2016, and from 2016-18 he served as the Chair of Sociology and Anthropology.