Epistemology, Metaphysics, Philosophy of Language, Metaethics, and any other philosophical issue that wanders by.

Kathie teaches courses in cognitive and developmental psychology as well as introductory cognitive science.  She has also taught introductory psychology and statistics in the Psychology Department for many years. She helped establish the Cognitive Science concentration at Carleton and serves as its director. She is the author of Cognitive Psychology In and Out of the Laboratory, and Cognitive Development:  Infancy Through Adolescence, both textbooks, as well as Making Decisions in Everyday Life, a trade book, and over two dozen journal articles. Her research, focusing on reasoning and decision making and the development of these skills, has been supported by the National Institute of Health, the National Science Foundation, and the Spencer Foundation.

Professor London’s primary research area is in the perception and cognition of musical rhythm, specifically the perceptual “speed limits” for rhythmic patterns, musical meter and its relationship to sensorimotor entrainment, and the factors that influence our perception of tempo.  He is an affiliated researcher with the Centre for Music and Science at the University of Cambridge, where he pursues joint research with Ian Cross and Sarah Hawkins, and he is currently involved in the study of microtiming in African Drumming with Rainer Polak (Hochschule für Musik und Tanz, Köln). His book Hearing in Time (2nd Edition 2012) is a cross-cultural study of the psychological aspects of musical meter.

Professor Appleman’s primary research interests include teaching literary theory to secondary students,  secondary reading instruction, factors involved in the school to prison pipeline and teaching the incarcerated. Her book, Critical Encounters in High School English: Teaching Literary Theory to Adolescents was published jointly by Teachers College Press and the National Council of Teachers of English and is widely used in methods classes across the country. She recently edited an anthology of her incarcerated students’ work titled From the Inside Out: Letters to Young Men and Other Writings Poetry and Prose from Prison.  Other books include Adolescent Literacy and the Teaching of English, Teaching Literature to Adolescents, and Reading Better, Reading Smarter, with Michael Graves.

I am interested in how the nervous system acquires, processes, and relays information. This subject can be successfully approached by studying the cellular mechanisms underlying sensory transduction and synaptic transmission in the various sensory systems. 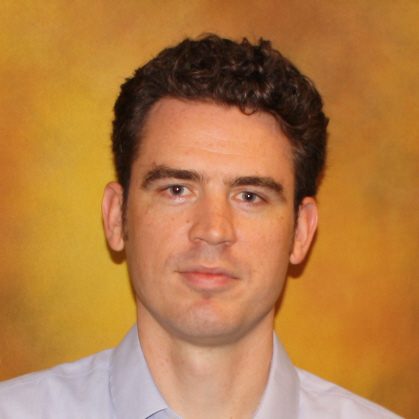 David Liben-Nowell is a faculty member in the Department of Computer Science at Carleton.  His research interests include a variety of applications of the techniques of theoretical computer science to questions arising within and beyond computer science, especially the social sciences.  His work has focused particularly on large-scale information networks, particularly social networks, and their evolution.  David has also recently worked on problems in algorithmic game theory, information propagation, and psycholinguistics, and has just published a textbook on discrete math specifically geared for computer science students (Discrete Mathematics for Computer Science), which he rather hopes you might decide to read.

Julie Neiworth, (B.A., Psychology, Reed College; M.A., Ph.D., Experimental Psychology, Michigan State University; postdoctoral fellow, neurobiology, U of TX Medical Center) teaches courses in primate cognition, the evolution of human cognition and mind, cognitive neuroscience, and animal and human learning. She has published more than 25 articles on these topics, and has had NIH and NSF grants to support research more than half of her time at Carleton. She also manages a small colony of cotton top tamarin monkeys in a naturalistic socially-grouped environment. She was awarded fellow status in both APA and APS, and is a full member of the Psychonomic Society, a national organization for human and animal cognition. She was awarded the Walter Mink award for outstanding teaching by the Minnesota Psychological Association in 2010. She is also a consulting editor of the Journal of Comparative Psychology. She was chair of psychology from 1995-2001, and director of neuroscience from 2007-2010, and 2012-2014.Her tamarin research is currently supported by NIH grant 1R15AG051940-01A1 (2017-2020). She has published over 20 articles with Carleton students as co-authors. Julie is also on the board of consulting editors for the Journal of Comparative Psychology.

Jeff’s interests include natural language processing, software development, and computer networks. He is one of the co-authors of Ultralingua, a collection of multi-lingual dictionary products for Windows, Macintosh, and Palm OS

Julia Strand teaches courses including Introduction to Psychology, the Psychology of Spoken Words, Cognitive & Perceptual Expertise, and Sensation & Perception. Her research focuses on how humans are able to turn sensory information into meaningful representations, and how expectations and experience influence perception.
Julia Strand’s faculty website

Mija Van Der Wege (B.A., Cognitive Science, Wellesley College; M.S., Statistics, Ph.D., Psychology, Stanford University). Mija’s research interests focus around how people use language in day to day life. Her primary area of research looks at how people make use of information about their conversational partners when they are having a conversation. One line of research investigates how conversational partners frequently and spontaneously create agreements on what words mean. Another area is how the use of new media, like email and instant messaging, is changing the way that we use language and how we communicate both online and offline. She teaches courses on introductory psychology, measurement and data analysis, psychology of language, and a seminar on language and deception.

He has published and authored numerous books and articles in both philosophy and cognitive science and has contributed to conferences around the world.

Roy was honored at Roy Fest: A Symposium on Cognitive Science and Philosophy, at Carleton College on April 19th, 2014.

My goal is to improve undergraduate education. Currently I serve as Vice President for Academic Affairs and Provost at Rollins College in Winter Park, Florida. Prior to that, I directed the Division of Undergraduate Education at the National Science Foundation. For 30 years, I enjoyed being a Biology and Cognitive Science faculty member at Carleton College where I learned much from wonderful student and colleagues. My education research focuses on integrating research and education for undergraduates. My disciplinary field is plant evolutionary developmental biology with an emphasis on genetics and genomics. I’m intrigued by how plants flower and how people learn science. She taught Plant Biology, Plant Development, Developmental Genetics, and part of Introductory Biology during her years at Carleton.