“By the time Juana Bignozzi died in 2015 she had spent the final decade of her life in her home country, after 30 years of exile in Barcelona. The Argentinian poet left her work, universally acclaimed in Spanish-language circles, to the young journalist and poet Mercedes Halfon who – quite understandably – felt compelled to do this inheritance justice. She got support from El Pampero Cine, a team of female filmmakers revolving around Laura Citarella.

What starts as a charming research film in which you can recognise, for example, the influence of El Pampero Cine's La flor (How do you film poetry? How do you reconstruct a life?) develops into much more than that in an elegant edit. Because once the character of Juana Bignozzi enters the film, her strong personality and poetry come to life in whatever language – thereby proving cinema's strength.” (IFFR) 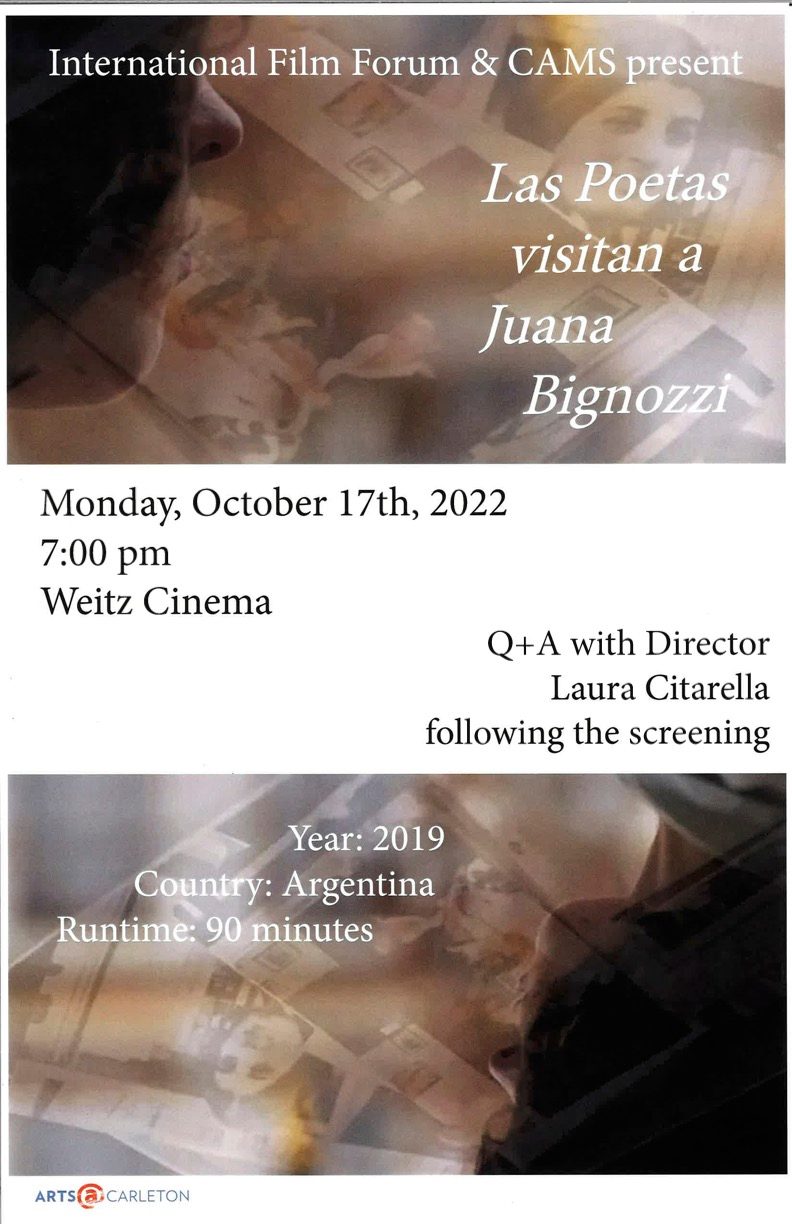