“In this stimulating, sometimes shocking, and altogether powerful documentary about police violence in contemporary France, filmmaker and journalist David Dufresne examines the ways in which a government justifies brutal acts against its own citizens. Taking its title from sociologist and political economist Max Weber, who wrote that the state establishes a “monopoly on violence” by claiming the legitimate use of force, Dufresne’s film mixes footage of attacks on protestors—largely of the gilet jaunes, or ‘yellow vest,’ political movement—and interviews with intellectuals, police officers, and victims of police assault. The Monopoly of Violence is an essential and timely work, showing the dangers of police serving the state rather than the people, and identifying the growing tendency among Western democracies to enact totalitarian methods to keep the populace under their control.” (Film at Lincoln Center)

Supported by: Albertine Cinematheque, a program of FACE Foundation and Villa Albertine, with support from the CNC / Centre National du Cinema, and SACEM / Fonds Culturel Franco-Americain 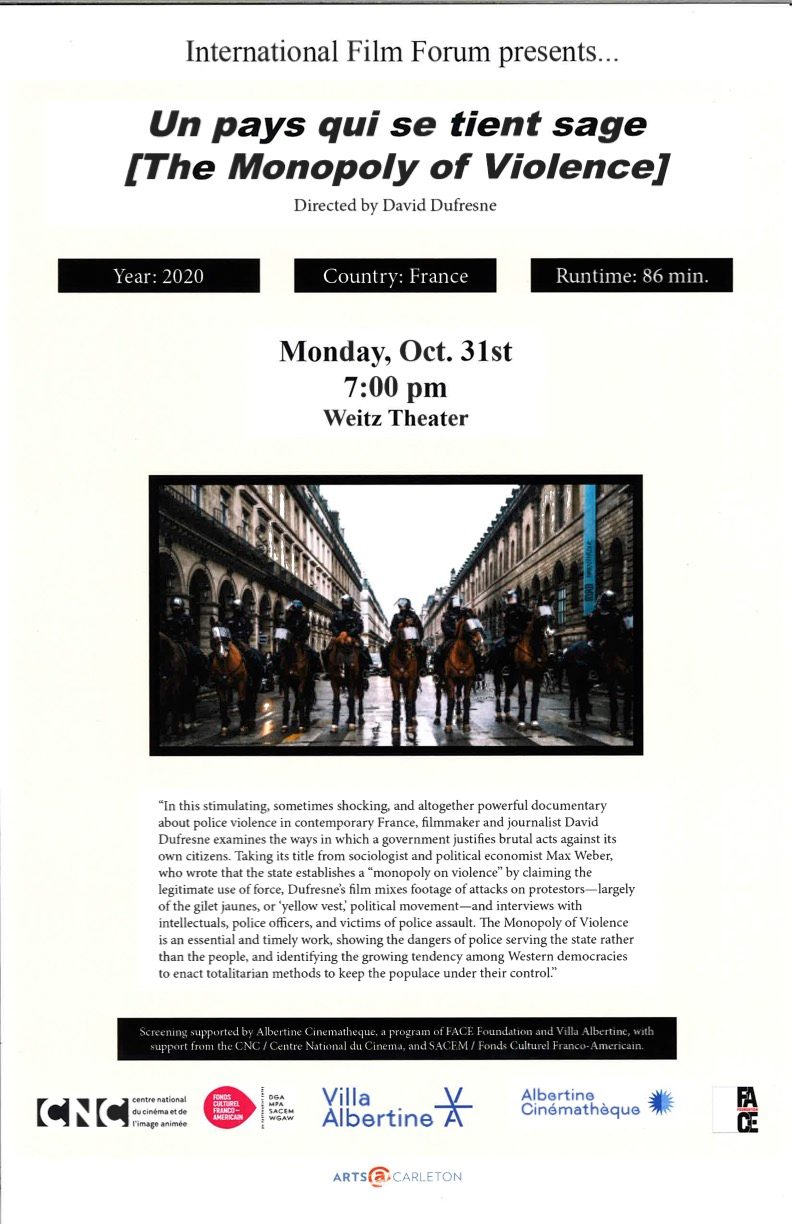