Adriana arrived at Carleton after teaching at the University of New Mexico and the University of Arizona. Her teaching and research interests include U.S. Latino literature (especially poetry), Latino Studies, the intersections of race, gender, and ethnicity in various genres of cultural expressions. She’s hard at work on the topic of Latina feminine beauty in literature and the mass media.

Professor Keiser received his Ph.D. from the University of California at Berkeley in 1989. His research focuses on progressive politics in America’s big cities. In 1997 he published Subordination or Empowerment? which analyzed the formation and disintegration of coalitions that advance African-American political empowerment. He coedited Minority Politics at the Millennium, which was published in 2000. His current research examines the relationship between cities and suburbs in the current era. Prof. Keiser teaches the introductory course on liberty and equality in America, as well as courses on urban and suburban political economy, poverty and public policy, and the Presidency.

With a joint appointment in English and American Studies, Beth’s teaching interests include American literature, art history, and cultural history, with particular focus on landscape, place, and ideas of regional or national identity.  Courses she teaches include “Placing American Identities,” “The Midwest in the American Imagination,” “Writing about America and Globalization,” “Literature of the American South,” and “The American Sublime.”  Her research has been primarily on 19th century America; she is the author of Niagara Falls: Icon of the American Sublime and articles and reviews on Transcendentalism, Southern literature, American landscape painting, and tourism.  She came to Carleton in 1989 as Dean of the College, after holding faculty and administrative positions at Harvard University and Bryn Mawr College; she’s been a fulltime faculty member here since 2003.

Other Faculty Involved in American Studies 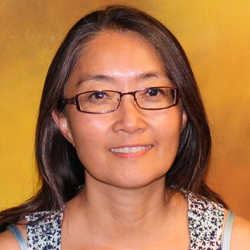 Deborah Appleman received her doctorate in English Education at the University of Minnesota in 1986. At Carleton she is the Hollis L. Caswell professor of educational studies and director of Carleton’s Summer Writing Program, a three-week program for high school juniors and seniors). She also teaches the English section of Carleton’s summer workshop for teachers, the Summer Teaching Institute. During 2003-2004 she served her second year as mentor for Carleton’s second group of Posse students from the Chicago area. Professor Appleman’s primary research interests include multicultural literature, adolescent response to literature, teaching literary theory to secondary students, and adolescent response to poetry. She was a high school teacher for nine years. She has written numerous book chapters and articles on adolescent response to literature and she co-edited Braided Lives,a multicultural literature anthology published by the Minnesota Humanities Commission. Her book, Reading for Themselves: How to Transform Adolescents into Lifelong Readers Through Out-of-Class Book Clubs was published by Heinemann. She is also the coauthor of Teaching Literature to Adolescents with Richard Beach, Susan Hynds, and Jeffrey Wilhelm. Her book, Critical Encounters in High School English: Teaching Literary Theory to Adolescents, now in its second edition, was published jointly by Teachers College Press and the National Council of Teachers of English and is widely used in methods classes across the country. She recently edited an anthology of her students’ work titled From the Inside Out: Letters to Young Men and Other Writings Poetry and Prose from Prison and authored Adolescent Literacy and the Teaching of English published by the National Council of Teachers of English.

(American Music, Music History) received the B.A. from the City College of New York and the M.A. and Ph.D. from the University of North Carolina at Chapel Hill. Andrew teaches courses in American music, focusing on rock, rhythm and blues, and jazz. Andrew was a member of the Royster Society and was awarded the John Motley Morehead Fellowship to complete his dissertation, which was awarded the Glen Haydon Award for Outstanding Dissertation in Musicology from the UNC Music Department. Andrew has read papers at the national meetings of the American Musicological Society, the Society for Music Theory, the Society for Ethnomusicology, and the Society for American Music. He has also been invited to speak nationally and internationally at institutions such as the University of Surrey, Princeton University, and the University of Michigan. Andrew has written articles, encyclopedia entries, and reviews on the music of Marvin Gaye, the Beatles, African-American pop singers and balladeers, and Bang On a Can. He has written extensively about American rhythm and blues, and is an expert on the music of Motown. His book, I Hear a Symphony: Listening to the Music of Motown, is forthcoming from The University of Michigan Press. Working directly with Universal Records, Andrew has served as consultant for several recent Motown reissues. He is also co-author of the history of rock textbook What’s that Sound (W.W. Norton). 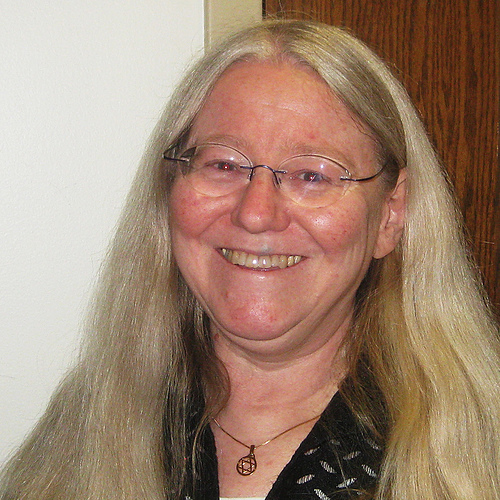 Michael Kowalewski joined the Carleton faculty in 1991 after teaching for several years at Princeton University. He has a special interest in regionalism and “place” in American art and culture. He was the creator and director of the only American Studies off-campus program to date: “Visions of California” (offered in 1995, 1998, 2001 and 2004).

Michael McNally teaches courses in American religion and culture and Native American religious traditions. His special interests include the tradition and history of Minnesota’s Anishinaabe Ojibwe community, Native American Christianity, and lived religion in America. He is author of Ojibwe Singers: Hymns, Grief, and a Native Culture in Motion (2000), editor of Art of Tradition: Sacred Story, Song, and Dance among Michigan’s Anishinaabe (2006), and a number of book chapters and journal articles. His current research projects explore, on the one hand, aging, eldership, and religion in the Ojibwe tradition, and on the other explore the intersection between law, “religion,” and Native American traditions.

Melinda Russell received the B.A. from Simon’s Rock Early College, the M.A. in Ethnomusicology from the University of Minnesota, and the Ph.D. from the University of Illinois.  Dr. Russell has a diverse background in ethnomusicology, focusing on a variety of musical traditions in North America, Africa, and the Caribbean. She has published articles on reggae and musical taste, on the Macarena craze of the 1990s, on choral music in an Illinois city, on the folksong repertoire of Americans, on the Star-Spangled Banner in contemporary America, and on including applied  music components in lecture courses.  She coedited the books Community of Music and In the Course of Performance: Studies in the World of Musical Improvisation.  Her current research concerns the folk music revival in Minneapolis during the late 1950s/early 1960s.  Dr. Russell was formerly the Book Review Editor for the journal Ethnomusicology, and served as President of the Midwest Chapter of the Society for Ethnomusicology.

Interests include American social, cultural, material, architectural, and intellectual history. Clark teaches courses on immigration and ethnicity, the Gilded Age, reform movements, intellectual history, and material culture.  In addition to his American History textbook, The Enduring Vision, written with Paul Boyer and others, he has written Henry Ward Beecher: Spokesman for a Middle-Class America, The American Family Home, 1800 – 1960, and has edited, Minnesota in a Century of Change.

Professor Tisdale has taught modern and contemporary British and American literature, specializing in poetry, memoir, and fiction.  Among his interests are immigration, and the topics of race and ethnicity, including African American and Native American history and literature.